Some examples of work sites
"

Designed by Viollet-le-Duc, sculpted in 1860 by Victor Geoffroy-Dechaume and made in copper by the Monduit workshops, the statues of the 12 apostles and the 4 evangelists surround the spire of Notre-Dame de Paris and, at 3.5 metres high, are a symbol of the cathedral.

The casing of the statues, made of copper foil, was occasionally opened and let water penetrate, causing severe damage to the internal iron structure. 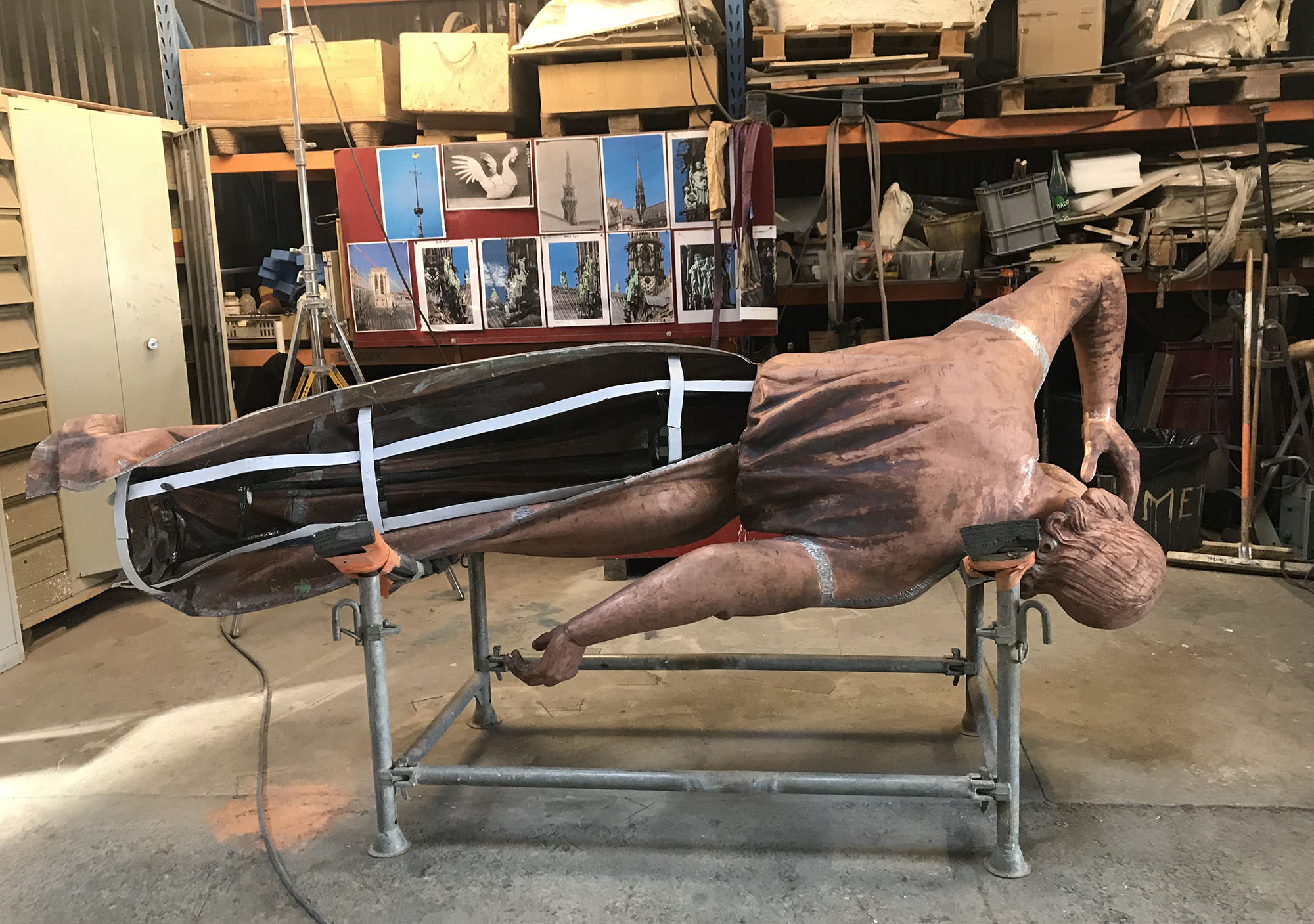 Removed in 2019, these statues have been restored in our workshops in Périgueux. The iron armatures were removed, restored or replaced as new for 20% and then insulated with Teflon to eliminate any risk of electrolysis between the copper and the iron. The copper cladding was then carefully cleaned, completed and reinstalled. Finally, the greenish-grey tint covering the statues was removed by micro-gumming with apricot powder. Based on photographs taken by Mieusement or Marville, a new, darker patina was applied in accordance with the original brown tone of the statues at the time of their creation. 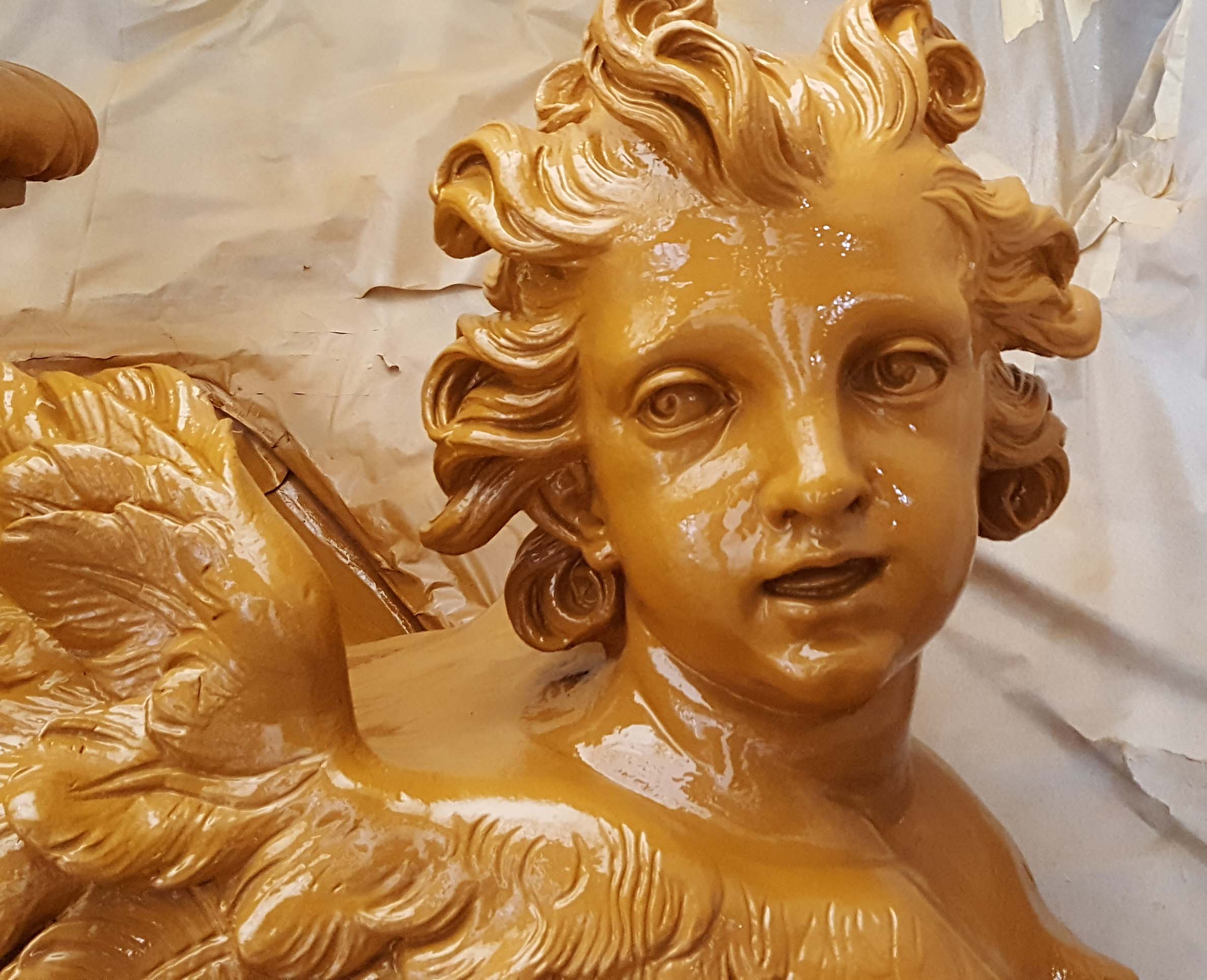 The angels of the Sainte-Chapelle

The Royal Chapel is one of the jewels of the Château de Versailles. Although nearly 5 sanctuaries followed one another before the present chapel was consecrated in 1710, it is the part of the château least modified by history. The angels of the chapel, made by Guillaume Coustou and Pierre Lepautre in 1707, suffered greatly from atmospheric pollution and, more generally, from the passage of time. The sculptures were badly altered: malleable lead inside, corrosion of the steel structures and real gaps with the disappearance of some of the statues' fingers.

Once the angels had been removed using 70m high cranes, the restoration in the workshop consisted of replacing corroded structural steel elements, restoring damaged epidermis and removing indurated traces of pollution.

The Fountain of the Three Graces

The Fountain of the Three Graces is a monumental fountain representing the daughters of Zeus: Aglaia, Euphrosyne and Thalia. Designed by Louis Visconti and sculpted by Charles Gumery, this bronze group fits perfectly into the architecture of the Place de la Bourse.

In 2001, the fountain was removed from the building and stored in a municipal warehouse. The statues showed numerous signs of deterioration: thick calcite on the whole, dirt, disappearance of the paint and anti-corrosion protection on the cast iron of the basin and alteration of the patina of the bronze statues.

Faced with these alterations, SOCRA intervened to restore the statues: the bronze and cast iron were cleaned, the bolts were replaced by new stainless steel ones, the basin was reinforced, the gaps were filled and finally a hot patina was applied to the bronzes. All of the statues were finally re-installed, more than 5 years after the initial removal. 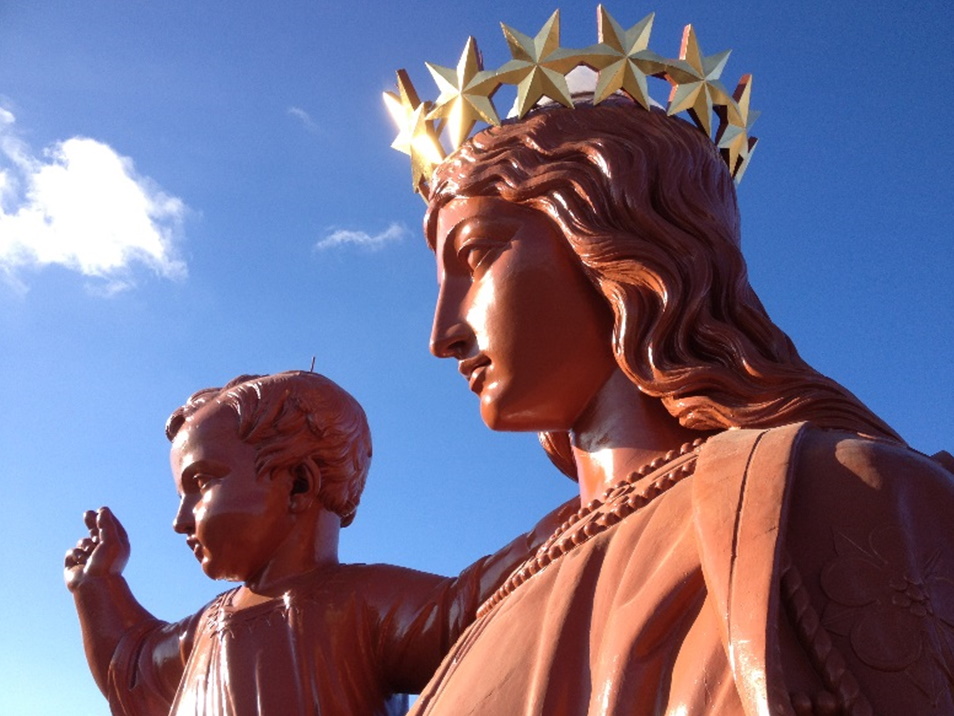 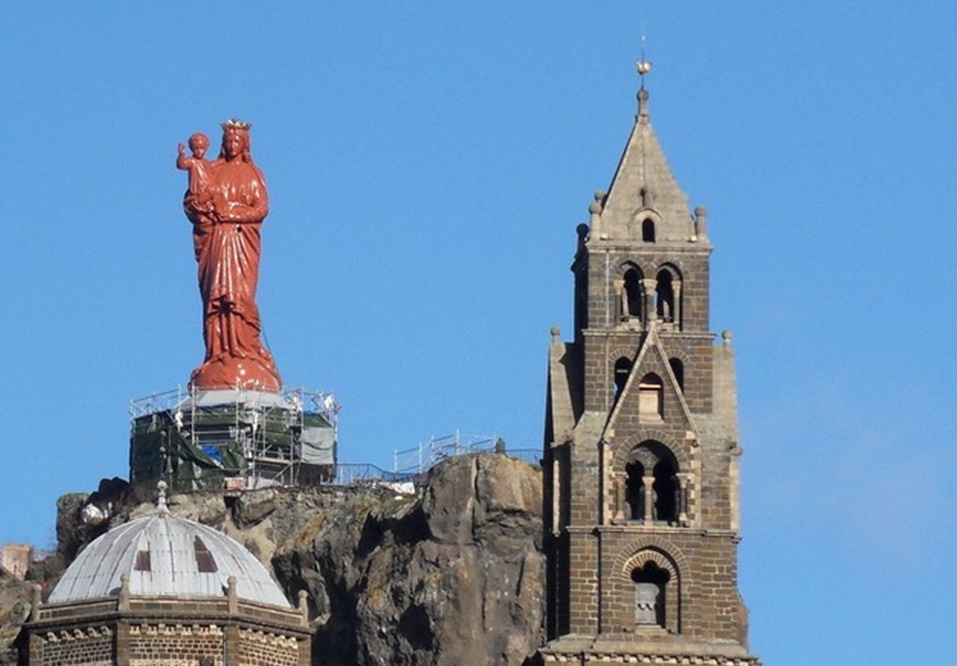 The statue of Notre-Dame de France

Culminating at an altitude of 757m, at the top of the Corneille rock, the statue of Notre-Dame de France dominates the town of Le Puy-en-Velay. Consolidated in 2011 by metal bars due to stone falls that were dangerous for the public, the statue required fundamental restoration, particularly of the cast iron frame (cracks, gaps).

The cannons of the arsenal site

The former Tarbes Arsenal houses three cannons(Le Sourd, Le Castor and Le Pan) cast in the 18th century in Lyon by J. Maritz, under the reign of Louis XV. Although they quickly became obsolete due to the evolution of military technology, they nevertheless have great heritage value: richly decorated, they bear the royal emblem of the fleur-de-lis, and are decorated with several inscriptions, some of which refer to Louis XIV: "Shines as brightly as the sun", or "The last argument of Kings".

In a good general state of preservation, the bronze cannons have however suffered from the passage of time as evidenced by the oxidation of the bronze.

The guns, whose weight varies from 1.5 t for the Sourd and the Castor to 3 t for the Pan, were removed and then restored in the workshop. The restoration consisted firstly of cleaning the bronze: removal of non-indurated dirt, degreasing and micro-gumming. Secondly, a new patina was applied in several passes, thus highlighting the engravings on the barrels. Finally, a wax protection was applied to fill the porosities of the bronze and prevent water infiltration. Concrete mounts were made to serve as new supports for the guns. 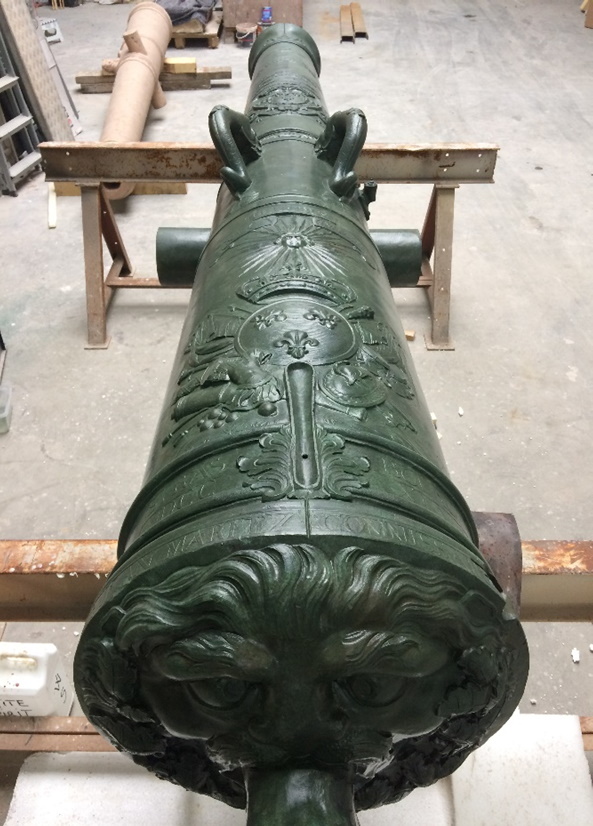